Although often stigmatized and not often talked about, miscarriage, also referred to as spontaneous abortion (SAB) by healthcare providers, is a commonly experienced event in early pregnancy. Miscarriage is defined as the loss of a pregnancy before 20 weeks gestation. It is estimated that between 10-15% of known pregnancies end in miscarriage, and the numbers go up to 1 in 4 when including pregnancies that were unknown to the pregnant person.

Miscarriage can happen very early, before a person recognizes they are pregnant and may occur with no symptoms or it may seem like a heavy menstrual period. Most miscarriages occur early in pregnancy, during the first trimester.

We don’t always know what causes an early pregnancy loss but it is understood that miscarriage is most often the result of chromosomal abnormalities and/or problems with the developing fertilized egg. There are some factors that are known to increase the chances of a miscarriage occurring, including:

It is also understood that early pregnancy loss is almost never the result of something the pregnant person did or didn’t do, and once a miscarriage begins, there is no medical intervention that can prevent it.

Commonly experienced symptoms that accompany miscarriage include vaginal bleeding and uterine cramping. These symptoms can vary greatly from person to person. Depending on how far along a pregnancy is, vaginal bleeding from miscarriage can range from no bleeding at all, to spotting and light bleeding, to very heavy bleeding that may require medical intervention.

There are many medical terms associated with miscarriage that you may hear your provider use. They can be confusing! Here are some definitions:

“Threatened miscarriage/abortion” occurs when there is vaginal bleeding, often of unknown origin, but the cervix remains closed and there is no other indication that the pregnancy has ended. An ultrasound may be ordered to further investigate, but the plan in this case is usually watch and wait. Research has shown no benefit to bedrest in this situation.

“Inevitable miscarriage” describes a miscarriage in progress. The cervix is open and bleeding and cramping are present.

“Incomplete miscarriage/abortion” indicates that there are products of pregnancy remaining in the uterus after symptoms of a miscarriage have been experienced. This is usually definitively diagnosed by ultrasound, and watchful waiting (also called expectant management) is a safe and reasonable option, though all options should be explained and offered.

“Complete miscarriage/abortion” indicates that all products of the pregnancy have passed from the uterus. This is also usually confirmed by ultrasound, but may be indicated by the experience of typical miscarriage symptoms followed by a resolution of symptoms.

A “missed abortion” occurs when a pregnancy ends with no noticeable symptoms and the body has not yet expelled fetal tissue. Often this is discovered at a prenatal visit when there are no fetal heart tones when they should be present. It is confirmed by an ultrasound that indicates the pregnancy stopped growing at some point in the recent past.

A miscarriage can be diagnosed by ultrasound or by a series of blood tests that quantify the level of pregnancy hormone (hCG) circulating in the bloodstream. In a normally developing pregnancy, there are specific expected levels and rates of increase for this hormone. Tests may reveal levels that are below normal, decreasing levels, or levels that have decreased to non-pregnant values indicating a completed miscarriage.

What are your options if you are experiencing a miscarriage?

There are a few options for proceeding after the discovery of an early pregnancy loss.

Expectant management is waiting and allowing your body to recognize and expel the fetal tissue and uterine lining on its own. Once this process begins, it may include heavy bleeding and cramping lasting a few hours followed by a few weeks of lighter bleeding and spotting. It may take a body a few weeks to start and complete this process. Expectant management is safe and is successful 66-90% of the time.

Medical management is working with your provider and using medication to expel the products of pregnancy more expediently. There are one or two medications commonly used for medical management of early pregnancy loss, misoprostol alone or mifepristone and misoprostol used together. Misoprostol causes strong uterine cramping and heavy bleeding that is usually experienced 2-6 hours after administration. This is usually done at home, is also considered very safe, and is successful 65-90% of the time within about 2-8 days. The use of mifepristone increases the success rates of this option. However, in the United States mifepristone is highly regulated due to its use in abortion care and therefore not always available to providers for miscarriage management.

Surgical management options for early pregnancy loss include uterine aspiration, otherwise known as manual vacuum aspiration (MVA) and dilation and curettage (D&C). MVA is a relatively simple procedure lasting 5-10 minutes that takes place at a provider’s office. A thin tube attached to a manual suction device is inserted through the cervix (much the same way an IUD insertion is done) and the uterine contents are manually removed. Local anesthesia using lidocaine is typical for this procedure. It is considered very safe and is successful 98% of the time. D&C is usually done in a surgical setting, often a hospital operating room under regional or general anesthesia. The cervix is dilated and an instrument called a curette is used to remove the contents of the uterus. When compared to D&C, uterine aspiration is the preferred procedure for early pregnancy loss because it is equally safe, quicker to perform, more cost-effective, and appropriate for the primary care/out of hospital setting.

Warning signs to be watchful for around any of these options are:

Consult your provider or seek medical help if you experience any of these symptoms.

People who have an Rh negative blood type may need to receive a Rhogam shot following a miscarriage.

It is important to note that a person can get pregnant within a few weeks following an early pregnancy loss. It is recommended to avoid anything in the vagina for 1-2 weeks following miscarriage to reduce the chance of infection but after this period, it is considered safe to have intercourse and conceive if you feel ready. 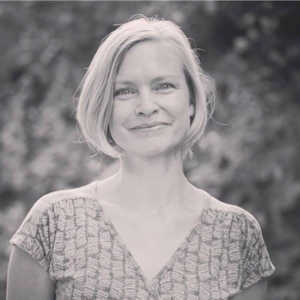 Katie is a certified nurse midwife who strongly supports empowered choice and bodily autonomy in all aspects of health. She loves supporting families choosing out of hospital birth as a birth center midwife in rural Ohio as well as her work across the full spectrum of reproductive health around the greater Cleveland area.

No conflicts to report.