Overview of Gender Identity and Sexuality

Overview of Gender Identity and Sexuality_FFHA2019

It is very common for people to confuse sex, gender, and gender identity.  They’re actually all different things. While the term “sex” refers to someone’s chromosomes and genitals – whether or not someone is biologically “male” or “female” – the concept of gender is much more complex. Gender is related to identity and how someone may feel, or how they may choose to express themselves. It is often affected by a culture’s expectations about behaviors, characteristics, and thoughts. Sexuality, on the other hand, is independent of one’s gender identity. It is often referred to as sexual “preference” or “orientation” and is related to who a person prefers to be attracted to in a romantic or physical sense.

biological sex – noun : a medical term used to refer to the chromosomal, hormonal and anatomical characteristics that are used to classify an individual as female or male or intersex. Often referred to as simply “sex,” “physical sex,” “anatomical sex,” or specifically as “sex assigned at birth.”

cisgender /“siss-jendur”/ – adj. : a person whose sex assigned at birth and gender identity align (e.g., someone who was assigned male at birth and identifies as a man). A simple way to think about it is if a person is not transgender, they are cisgender. The word cisgender can also be shortened to “cis.” 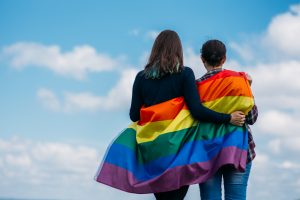 gay – adj. : 1 individuals who are primarily emotionally, physically, and/or sexually attracted to members of the same sex and/orgender. Can be used to refer to men who are attracted to other men, and can be applied to women as well. 2 An umbrella term used to refer to the queer community as a whole, or as an individual identity label for anyone who does not identify as heterosexual.

gender expression – noun : the external display of one’s gender, through a combination of dress, demeanor, social behavior, and other factors. Generally this is thought of on scales of masculinity and femininity. Also referred to as “gender presentation.”

gender identity – noun : the internal perception of one’s gender, and how they label themselves. This is based on how much they align or don’t align with what they understand their options for gender to be. Common identity labels include man, woman, genderqueer, trans*, and more. Often confused with biological sex, or sex assigned at birth.

genderqueer – adj. : 1 a gender identity label often used by people who do not identify with the binary of man/woman; 2 an umbrella term for many gender non-conforming or non-binary identities (e.g., agender, bigender, genderfluid).

heteronormativity – noun : the assumption, in individuals and/or in institutions, that everyone is heterosexual and that heterosexuality is superior to all other sexualities. This leads to invisibility and stigmatizing of other sexualities. Heteronormativity also leads us to assume that only masculine men and feminine women are straight. An example of this is: when learning a woman is married, asking her what her husband’s name is.

homophobia – noun : an umbrella term for a range of negative attitudes (e.g., fear, anger, intolerance, resentment, erasure, or discomfort) that one may have towards members of LGBTQ community. The term can also connote a fear, disgust, or dislike of being perceived as LGBTQ. Homophobic – adj. : a word used to describe an individual who harbors some elements of this range of negative attitudes towards gay people.

homosexual – adj. & noun : a person primarily emotionally, physically, and/or sexually attracted to members of the same sex/gender. This [medical] term is considered stigmatizing (particularly as a noun) due to its history as a category of mental illness, and is discouraged for common use (use gay or lesbian instead).

intersex – adj. : term for a combination of chromosomes, gonads, hormones, internal sex organs, and genitals that differs from the two expected patterns of male or female. Formerly known as hermaphrodite (or hermaphroditic), but these terms are now outdated and derogatory.

lesbian – noun & adj. : women who are primarily attracted romantically, erotically, and/or emotionally to other women.

LGBTQ; GSM; DSG – abbreviations: shorthand or umbrella terms for all folks who have a non-normative (or queer) gender or sexuality, there are many different acronyms people prefer. LGBTQ is Lesbian Gay Bisexual Transgender and Queer and/or Questioning (sometimes people put a + at the end in an effort to be more inclusive); GSM is Gender and Sexual Minorities; DSG is Diverse Sexualities and Genders. Other options include the initialism GLBT or LGBT and the acronym QUILTBAG (Queer [or Questioning] Undecided Intersex Lesbian Trans* Bisexual Asexual [or Allied] and Gay [or Genderqueer]).

pansexual – adj. : a person who experiences sexual, romantic, physical, and/or spiritual attraction for members of all gender identities/expressions. Often shortened to “pan.”

passing – adj. & verb : 1 trans* people being accepted as, or able to “pass for,” a member of their self-identified gender identity (regardless of sex assigned at birth) without being identified as trans*. 2 An LGB/queer individual who is believed to be or perceived as straight.

queer – adj. : used as an umbrella term to describe individuals who don’t identify as straight. Also used to describe people who have a non-normative gender identity, or as a political affiliation. Due to its historical use as a derogatory term, it is not embraced or used by all members of the LGBTQ community. The term “queer” can often be used interchangeably with LGBTQ (e.g., “queer folks” instead of “LGBTQ folks”).

questioning – verb, adj. : an individual who or time when someone is unsure about or exploring their own sexual orientation or gender identity.

sexual orientation – noun : the type of sexual, romantic, emotional/spiritual attraction one has the capacity to feel for some others, generally labeled based on the gender relationship between the person and the people they are attracted to. Often confused with sexual preference.

straight – adj. : a person primarily emotionally, physically, and/or sexually attracted to some people who are not their same sex/gender. A more colloquial term for the word heterosexual. 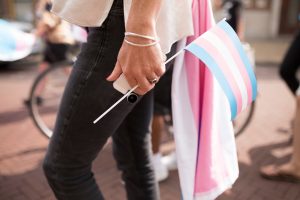 trans*/transgender – adj. : 1 An umbrella term covering a range of identities that transgress socially defined gender norms.  2 A person who lives as a member of a gender other than that assigned at birth based on anatomical sex.

transphobia – noun : the fear of, discrimination against, or hatred of trans* people, the trans* community, or gender ambiguity. Transphobia can be seen within the queer community, as well as in general society. Transphobic – adj. : a word used to describe an individual who harbors some elements of this range of negative attitudes, thoughts, intents, towards trans* people.

The Genderbread Person is often used to better illustrate the above vocabulary terms into one concept that is little easier to understand. This commonly used picture shows how anatomic sex, gender identity, gender expression and attraction co-exist in one person. 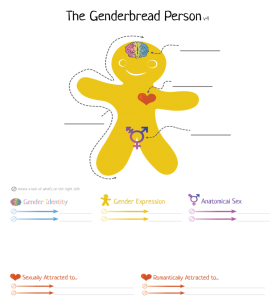 Ways in which transgender individuals transition are listed below: 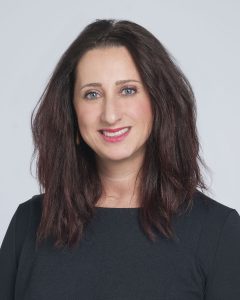 Dr. Cecile Ferrando is an Assistant Professor of Surgery at Cleveland Clinic. She is the Director of the Transgender Surgery & Medicine Program in the Center for LGBT Care and the Program Director for the Female Pelvic Medicine & Reconstructive Surgery fellowship in the Center for Urogynecology & Pelvic Reconstructive Surgery. She is passionate about reconstructive surgery and transgender care. She has authored over 60 peer-reviewed publications and 10 book chapters in her areas of expertise and has both national and international recognition for the work that she has done.